(A Short Review of his Scientific and Public Activities)

Elepter L. Andronikashvili was born on 25 December, 1910 in Leningrad into the family of Luarsab N. Andronikashvili (Andronikov) – a Georgian scholar (barrister) and a public figure. E. Andronikashvili’s mother Ekaterina Yakovlevna was endowed with a literary talent. She wrote stories but published them very rarely, and only under a per name.

Andronikashvili spent his childhood in Leningrad, Moscow and Tula Gubernia. In 1921, after the establishment of Soviet power in Georgia, Andronikashvili with his parents moved to Tbilisi where he went to secondary school. In 1928 he entered the physico-mathematical faculty of Leningrad Kalinin Polytechnical institute form which he graduated in 1932 as a specialist in physics.

In the same year Andronikashvili was assigned to work as an engineer in the radiographic laboratory at Moscow Central Aerohydropynamic Institute (CAHI). After the All-Union Scientific Research Institute of Aviation Materials was constituted as the result of branching of form CAHI he joined the staff of the newly established institute.

In 1934 Andronikashvili was invited to Tbilisi State University (TSU) to serve as assistant-professor. In December 1935 he defended his candidate’s thesis in physico-mathematical sciences: “Concerning the formation of centres of phase  changes in condensed systems”. Developing the statistical ideas on the same topic the scientist set to roentgeni-structural analysis of phase changes in metallic alloys. In order to verify thermodynamical and statistical concepts on  the character of formation of the generation of an new phase Andronikashvili with his collaborators developed methods of dispersion of metals and alloys.

In 1938 he was appointed Head of the chair of experimental physics (organized by him) at TSU. In the same year the scientist was appointed assistant dean of the physico-mathematical faculty.  In 1940 Andronikashvili was attached to the Institute of Physical Problems of the USSR Academy of Sciences for a year to improve his professional skill.

In that period Andronikashvili’s scientific interests were connected with the problem of superconductivity, to which he returned in later years.

Andronikashvili writes in his memories: “From superconductivity to physiological optics, from the dream about liquid helium to the study of the effect of shock waves on living organism-such was the leap I had to make together with the change of my place of work”.

He studied the problem of vision in the dark, the rate of ocular adaptation when following a fast moving luminous point (an aircraft in the rays of searchlight), until the advent of the radar.

Then came scientific collaboration with physiologists, and Andronikashvili studied the character of affection of different tissues off the animal organism along with the efficacy of protective means.

In the summer of 1944 Andronikashvili received a letter from P. L. Kapitsa, inviting him to the Institute of Physical Problems to continue his investigations in the field of low temperature physics. That was a very significant point in Andronikashvili’s scientific life – he became one of the founders of a new science – physics of superconductivity. After kapista’s basic works who had discovered  superconductivity  and the creation of the theory of this phenomenon by L. D. Landau, the question arouse of experimental corroboration of the predictions of the theory on the possible existence of two independent types of motion in helium II, and of measuring the temperature dependence of the densities of its superfluid and normal components. Suc corroboration of Landau’s theory was obtained by means of a series of tests call “Andronikashvili’s experiment“.

The so-called “Andronikashvili experiment” was repeated at various times and in different countries not only with a view to specifying some of its propositions, but also discovering new dependences, e. g. the critical velocity in helium II, determination of the effective mass of the impurities of

The corrections of the equations of two-liquid hydridynamics was first verified by Andronikashvili in 1948 while analysing the experimental data on the counterflow of normal and superfluid components through very thin capillaries and gaps.

An analysis of all experimental studies by foreign as well as Soviet authors-carried out form two points of view: two-liquid hydrodynamics, on the one hand, and statistical physics of quasi-particles, on the other-served as the basis of Andronikashvili’s monographic paper (the theoretical part was written by E. M. Lifshits), which was translated into English in the USA.

Sharp differences with Landau’s theory arose in connection with the experiment with rotating helium II, carried out by Andronikashvili in 1948.

This experiment was conducted in the same way as had been originally proposed by Landau himself. Instead of the expected temperature dependence of the depth of the meniscus of rotating helium II it behaved as a most ordinary liquid, moving as a whole. Several yaers later a similar experiment was carried out independently at Cambridge.

It seemed that the unforeseen result of the experiment with rotating helium II should be interrupted as the disappearance of the superfluidity phenomenon at the velocities of rotation used. however, a test conducted by Andronikashvili with a collaborator showed that the thermo-mechanical effect-a specific phenomenon of helium II continued to exist at any of the velocities attained. The phenomenon of superfluidity not only did not disappear but even the relation of normal and superfluid components remained invariable.

The result was fully explained in terms of the theory of Onsager-Feynman who introduces into quantum hydrodynamics the concept of vortices of the superfluid component. Those vortices are quantized because the angular momentum of helium atom at its movement round the axis of the vortex is multiple of the Planck constant.

In 1948 Andronikashvili defended his doctoral thesis on the topic: “Researches on the hydrodynamics of superfluidity”.

in 1952 Andronikashvili’s experimental studies that had served as the basis of quantum hydrodynamics-a new development in modern physics-were awarded in State Prize of the USSR. After defending his thesis, the scientist returned to Tbilisi to lay_in collaboration with his colleagues-the foundation of experimental physics-“for which young Georgian scientists yearned and the public demanded form me…” (E. L. Adronikashvili). In 1948 he was elected professor of Tbilisi State University and in 1949, corresponding member of the GSSR Academy of Science. He interrupted his research into the physics of superfluidity on accaunnt of his removal to Tbilisi, where at the times the facilities were not yet available for conducting cryogenic experiments.

From then Andronikashvili’s interests shifted to elementaryparticle physics-a new area to him. in 1949 he directed the setting up of the Elbrus High-altitude Station designed for work on problems of the physics of cosmic rays and high-energy particles. In 1950 he headed the organization of the Institute of Physics at the GSSR Academy of Sciences. From 1951 to the present day Andronikashvili has been its permanent director. Already in 1952, the researchers of the Elbrus expedition recorded_for the first time in the USSR-elementary-later called “strange”-particles. In 1955 a subterranean laboratory was set up in Tbilisi with a view to studying the penetrating component of broad atmospheric showers of cosmic rays. An investigation of the spatial distribution of high-energy mu-mesons, carried out by Andronikashvili in collaboration with his pupils, showed that 1) mu-mesons are concentrated largely in the channel of a shower or close to it, and that their transverse momentum is considerably smaller than its longitudinal counterpart, in order not exceeding

ev. This effect was established much earlier than analogous conclusions drawn on the basis of the use of the method of photographic emulsions and by means of accelerators.

The increased interest in the transverse momenta of secondary particles appearing as a result of high-energy interactions stems from these studies of Andronikashvili and his colleagues. This interest was understandable. The sharp difference in the size of the transverse momentum of secondary particles in comparison with their longitudinal counterpart seced as in indication of the presence of some inner structure of elementary particles. this experiment is discussed in detail in Coconi’s review article published in “Handbuch der Physik”

Later, in collaboration with his pupils Andronikashvili studied the transverse momenta of pi-mesons, K-mesons, lambda- and sigma-hyperons, recorded while studying cosmic rays. A conclusion was drawn on the radius of those volumes of interactions in which strange particles are produced. Actually these were one of the first studies in which attempts were made to determine the structure of elementary particles. 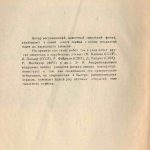 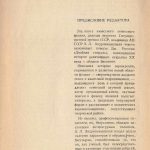 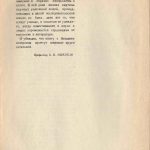 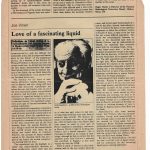 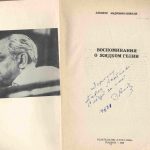 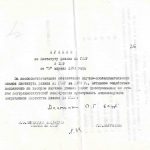 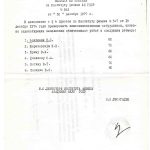 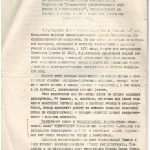 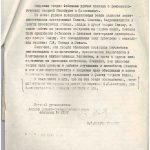